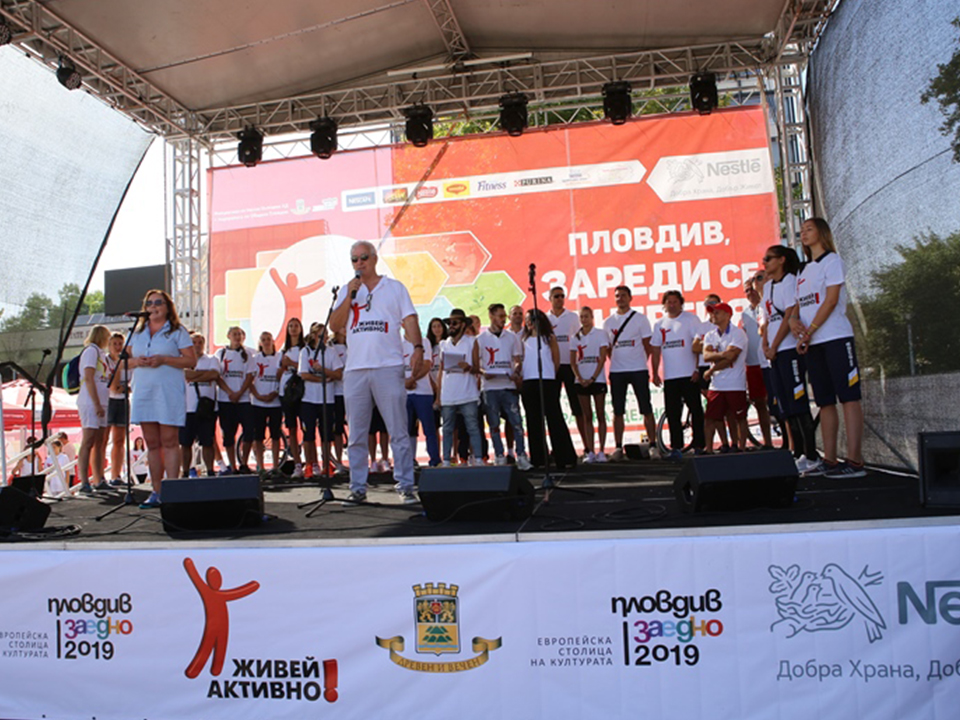 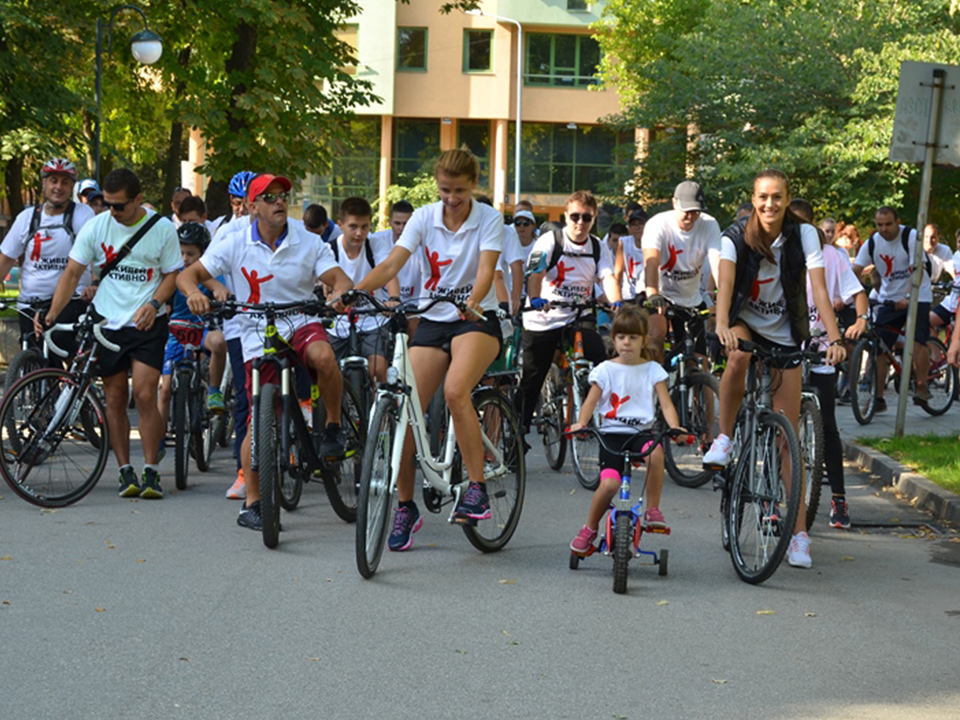 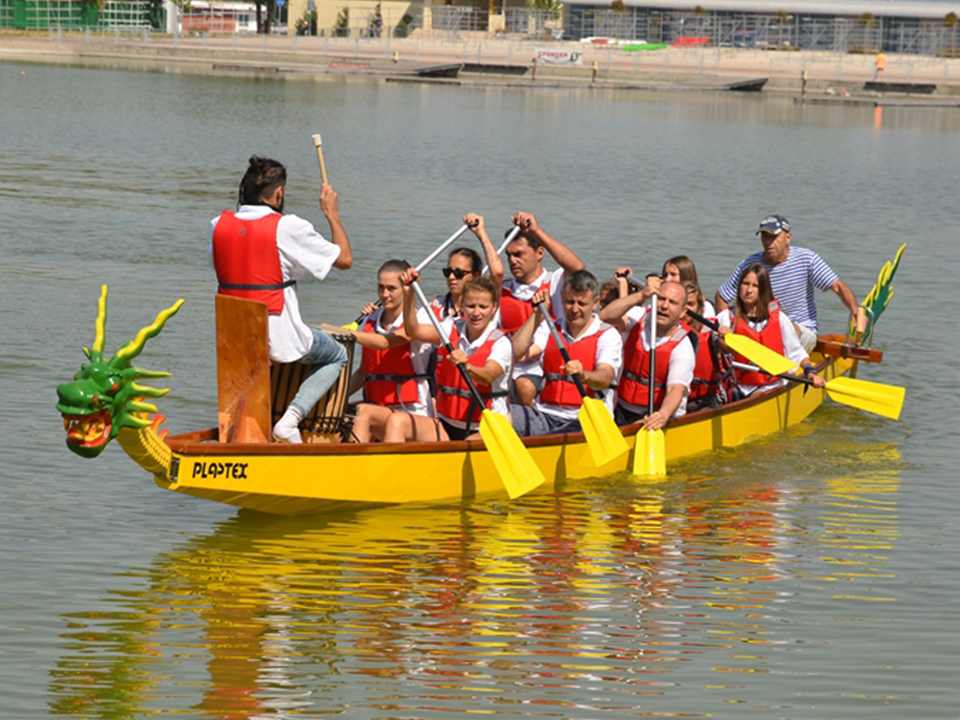 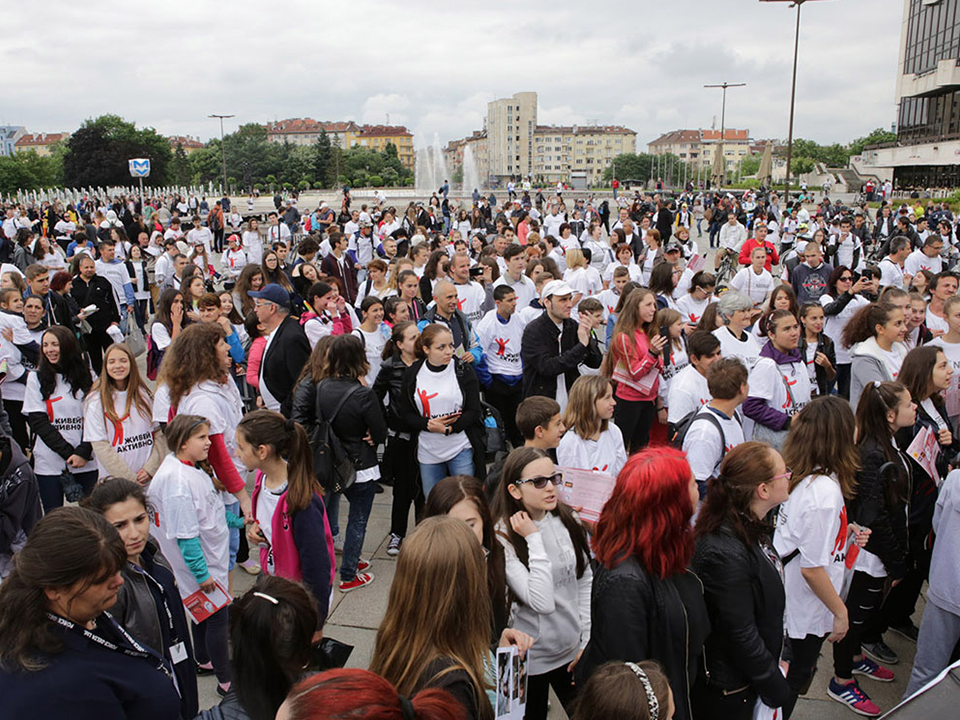 LIVE ACTIVELY! is a Bulgarian project elaborated as a result of the long-term partnership between APRA PN and Nestle Bulgaria. It is a local translation of Nestle global CSV strategy dedicated to promoting active lifestyle and balanced nutrition. The project has become the company’s flagship initiative and the biggest NHW movement in Bulgaria.

Live Actively! is more than a CSR initiative – it is an act of partnership between Nestlè and the society, that creates shared values. The project is based on development of clear understanding and positive attitudes towards balanced lifestyle. The intensive calendar consists of internal and external communication through various channels and with the active support of the society and our partners.

In 2017 the project offered online and offline activities to people from all ages. More than 100 000 people took part in the 3 big events and 47partners events throughout 2017, implemented with the efforts of a team of over 600 people and more than 300 volunteers all over the country. The online activities engaged 40 000 unique users – the biggest NHW community ever in Bulgaria. LIVE ACTIVELY! energized Bulgaria, supported by 76 state and municipal authorities, NGOs and sports clubs and over 100 celebrities and influencers. Over the years the media exposure of Live Actively! grows to reach the absolute record of 1200 pieces of coverage in national and regional media in 2017.

Obesity is one of the most serious public health challenges of the 21st century. The problem is global and is steadily affecting many low- and middle-income countries, particularly in urban settings.

In 2017 in Bulgaria more than 150 000 children are obese. According to the National Centre of Public Health and Analyses, the high obesity rate is due to a lack of education about nutrition and exercise, bad habits, excessive fat intake, and a culture not based on a healthy lifestyle.

APRA PN team considered the obesity problem as an opportunity to position Nestle as a leader in the Nutrition Health and Wellness (NHW) sector in Bulgaria and strengthen the company’s image as a socially responsible company, committed to a long-term investment in its consumers’ health and well-being.

Our team developed a project that motivates Bulgarians to commit to sports and balanced nutrition and to raise awareness on the importance of active lifestyle for the people’s health. Our goal was to engage as many people as possible and to create strong media and public awareness using positive messages and call to action.

After 11 strong editions, focused on offline communication (mainly in the biggest cities), in 2017 the project was to evolve and engage even more people from all over the country through the digital channels. Fighting obesity and reaching out to every single member of the local society, Live Actively! faced the new challenge – to create opportunities for everyone to energize, to be healthier and a better version of themselves.

Today Live Actively! is more than a CSR initiative – it is an act of partnership between Nestlè and society, that creates shared values.

Ever since the launch of the project in 2006, our strategy has always been to engage as many people as possible and to create strong media and public awareness using positive messages and call to action. Year by year we have been expanding LIVE ACTIVELY! by including more and more cities, locations, activities, ambassadors, partners, participants and volunteers and in 2017 we followed that strategy, upgrading the approach digitally and finding the balance between online and offline communication

The approach in 2017 was based on the mutual benefit for all the stakeholders, following APRA PN philosophy of creating consent between the client and society. Thus, Live Actively! team invests human resources, know-how, time and finance to receive recognition, positive image, support and media exposure. On the other hand, the society inputs ideas, support and participation to receive knowledge, useful habits, gamification / fun and health (both physical and mental).

“Live Actively is the biggest NHW initiative and Nestle is the most socially responsible company in Bulgaria. As a minister I value what this initiative does more than I value all the medals, because Live Actively! aims at the whole society and changing attitudes so that all Bulgarians are healthier!”

“Healthy lifestyle and balanced nutrition education is a crucial part of society development. This is why every year more and more people join LIVE ACTIVELY! I feel strongly connected to the initiative values and if I could, I would support it for another 150 years.”