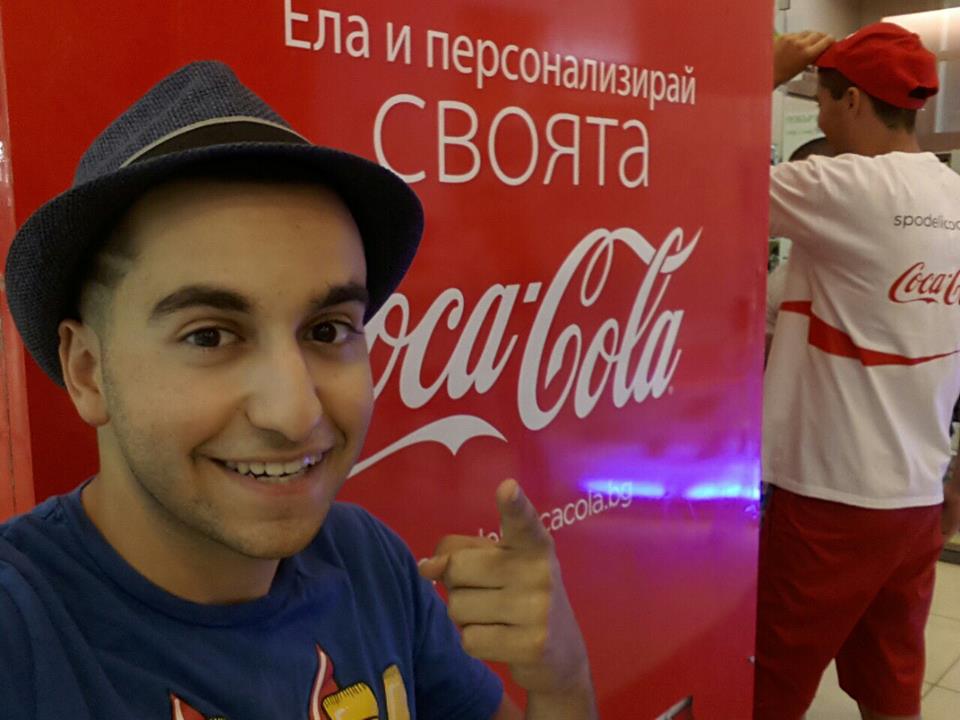 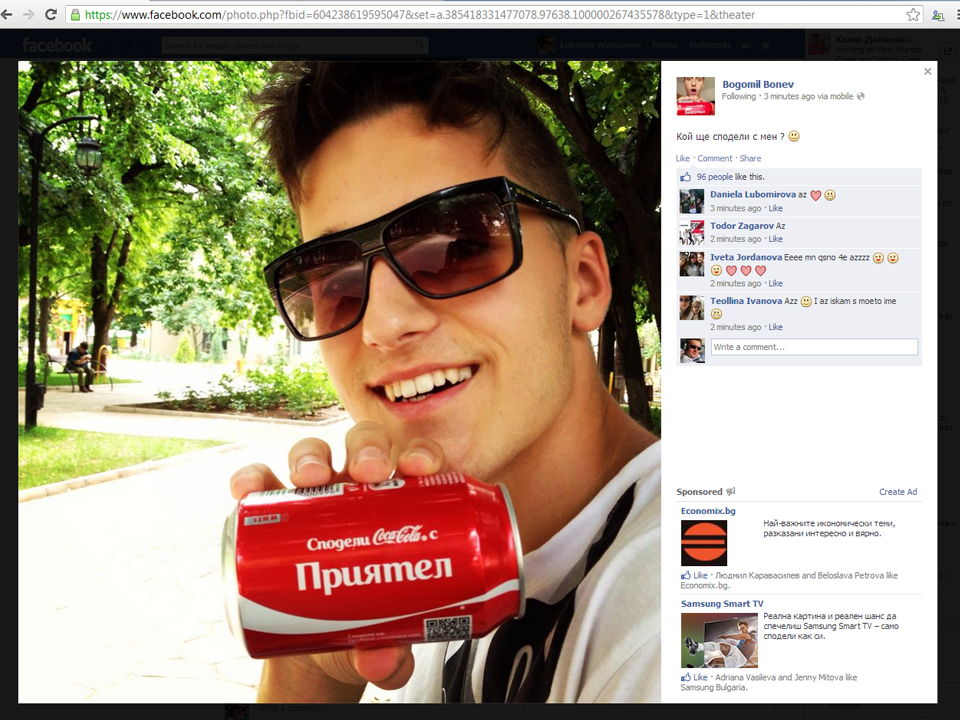 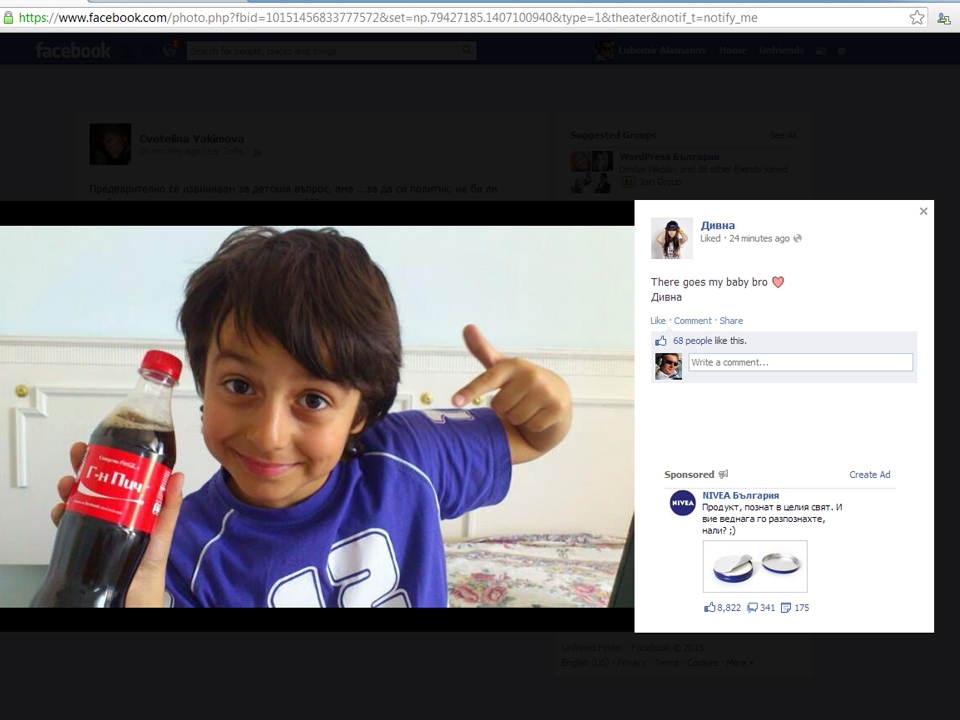 For the first time in its history, for the 2013 summer marketing campaign, Coca-Cola replaced its iconic logo on all products in 30 countries across Europe with personal names and nicknames that were popular in the respective countries. It gave its local teams and agencies an open brief to respond to this ground-breaking branding initiative by creating a bold, innovative PR programme that would engage young people. In Bulgaria, APRA Porter Novelli developed a multi-channel proposal, including a teaser campaign, working with brand ambassadors, a media event and an ongoing social media activation. Seven of Bulgaria’s most popular music stars among teenagers agreed to support the Share a Coke campaign; they posted 343 pieces of content regarding the campaign on their personal Facebook profiles and gathered 46,245 likes, 1,054 shares and 2,535 comments. Journalists loved the campaign, which yielded more than 70 pieces of coverage and became one of the most talked-about campaigns in the country, making the named bottles a must-have for the summer.

Coca-Cola is one of the most popular and expensive brands in the world. Whatever the content of its advertising, marketing and PR campaigns, it never changes anything about the iconic logo. Coca-Cola has a long tradition in seasonal campaigns and its yearly summer activation is one of the most important for the brand positioning. The target audience for summer 2013 were teenagers: the business goal was to put the product in the centre of their summer experience and make the next generation fall in love with Coca-Cola. The brand embarked on an experiment that it hoped would bring the brand closer to consumers: for the whole summer, Coca-Cola replaced its iconic logo on all products in 30 countries across Europe with names and nicknames that were popular in those countries. The Share a Coke campaign is one of the brand’s biggest marketing campaigns to date, running across Europe and on more than one billion packs.

Coca-Cola was expecting people to look for and buy bottles with specific names – names of their friends, relatives and loved ones – and share these bottles with them. The aim of the campaign was to make the individually named bottles and cans of Coca-Cola and Coca-Cola Zero the must-have drink for summer 2013.

Bulgaria was one of the 30 European countries chosen to participate. Coca-Cola briefed APRA Porter Novelli to create a PR programme to launch the campaign to the target audiences and media that would get people talking and engage the hard-to-impress target audience of teenagers. The specific measurement targets were to reach at least 2,000,000 people and achieve more than 50 pieces of media coverage. The challenge was to sustain a consumer interest throughout the three-month campaign period, on a very small budget.

The only way of approaching a PR campaign around such a brave brand experiment was to be equally bold and unconventional. Coca-Cola in Bulgaria gave APRA Porter Novelli an absolute freedom to propose ingenious ideas that had never been done before.

APRA Porter Novelli worked with Coca-Cola to develop a strategy with the maxim ‘Let`s do things which people don`t expect from Coca-Cola’. At every stage of the Share a Coke activation, the team’s ideas were rooted in the question: ‘What will surprise the target audience?’

The campaign was planned in three phases:

Every inventive idea was backed up by research. The influencers were chosen based on insight into teenagers’ views of Bulgarian celebrities, and the social media presence of short-listed candidates was carefully monitored, particularly on Facebook as it was the main channel for the teaser campaign.

The goals of the campaign were achieved at every stage. The team ensured that Bulgarian teenagers’ seven favourite music stars came on board at the start of the campaign. Two weeks after they received their personal cans – before the media event - they had posted 309 texts, photos or video messages, which were liked 13,590 times, shared 374 times and gathered 711 comments. By the end of the campaign the influencers had posted 343 text, video and photo posts, promoting the campaign on their personal Facebook profiles and Coca-Cola`s official one, which gathered 46,245 likes, 1,054 shares and 2,535 comments. Coca-Cola expected the influencers to post only during the first month for fear of boring their fans. Analysis shows, however, that all the influencers posted throughout the summer and less than 1% of the comments were negative. The team’s media target was 50 pieces of coverage – an ambitious goal as the mainstream Bulgarian media rarely write stories, let alone positive ones, about big brands’ marketing campaigns. In the end, however, the campaign yielded 70 pieces of coverage, all positive, seen by nearly 3,000,000 unique readers. The entire surprise campaign was completed on a limited budget. The OVS element cost nothing: it was a barter deal negotiated by APRA Porter Novelli.

Coca-Cola project leader Nikoleta Sveshtarska said: ‘Our team and APRA Porter Novelli team worked closely together on the campaign. The agency’s proposals were a perfect fit for the idea and development of the whole project, and their support was crucial for creating an unforgettable shared summer for Coca-Cola consumers’. The initiative boosted both sales and consumer perception of the brand across Europe over the period. The simple concept, supported with insightful and original local execution, encouraged vast numbers of people to buy and share the brand in both the real and the online world.