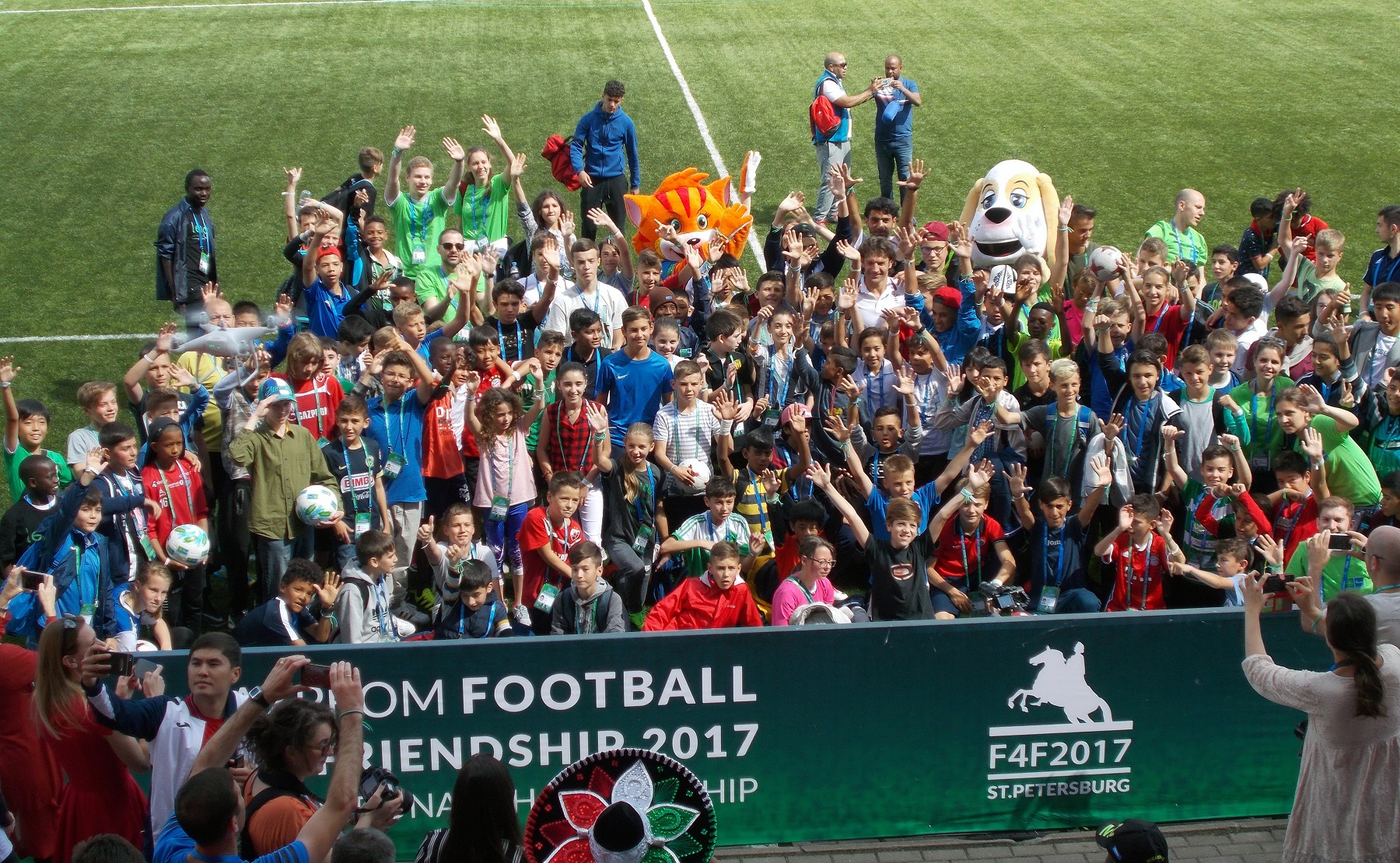 The Fifth Season of Gazprom’s project “Football for Friendship” International Children’s Social Program took place in St. Petersburg from 26th of June until 3rd of July. The Young Ambassadors within the project from Macedonia – Stefan Talevski, young football player from FC “Pelister”, Bitola and Simona Kostadinovska, young journalist from Skopje, were part from all project activities together with young representatives from all over the world.

The role of coaches was performed by young players of the previous seasons. Guided by them and by famous football players there were trainings that helped young football players to establish relations, elaborate the team tactics and feel the support of other team members. The united Teams of Friendship met on the football field and demonstrated to guests from all over the world that friendship is possible regardless gender, physical abilities and nationality.

The culmination of the competitive part of the Fifth Season of Gazprom’s project “Football for Friendship” was a unique award ceremony for the finalists. The captains of the teams awarded each other medals, diplomas and special prizes.

In addition, more than 200 journalists from the leading sports international media and representatives of football associations attended the games. Simona, as a young journalist, informed about all events within International Children's Press Center.

In Macedonia all activities for the project were organized by APRA Porter Novelli Makedonija.