Presentation of Macedonian literature at fairs in Frankfurt, Sofia and Istanbul 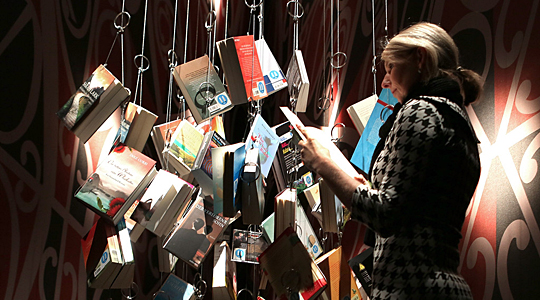 Presentation of Macedonian literature at fairs in Frankfurt, Sofia and Istanbul

Macedonia’s literary production is set to be presented at international book fairs in Frankfurt, Sofia and Istanbul by the end of the year with the support of the Ministry of Culture.

The international book fair in Frankfurt, due to be held in October, is one of the world’s leading international book fairs, where almost all influential publishers are present as well as institutions in relation to publishing, funds for translations and publications, libraries, etc. Macedonia at the 66th book event will be presented by the Skopje-based Association of Publishers and Book Sellers, the Ministry of Culture says.

In addition to works by Macedonian renowned authors, an emphasis will be put during the Frankfurt fair on the promotion of the call on financing translations by foreign publishers of eminent Macedonian books into foreign languages, which is carried out by the Culture Ministry in an attempt to stimulate literature, affirm the status of authors and promote Macedonian culture worldwide.

In November, two organizations of Albanian publishers will represent Macedonia at the 34th Book Fair in Istanbul. Works by esteemed Macedonian and Albanian writers, including books by authors of other nationalities living in Macedonia, are set to be presented.

Following a long hiatus, Macedonian literature in December will be presented at the Sofia Book Fair i.e. its contemporary literary tradition, cultural history and the cultural heritage of Macedonia. At the fair, activities will be conducted to promote modern Macedonian authors and the latest translations of Macedonian books into Bulgarian, realized through the call on financing translations by foreign publishers of prominent Macedonian works into foreign languages.

Macedonia is paying utmost attention to improving the literary environment in the country, according to the Culture Ministry. Macedonian literary productions recently have been presented at the most prestigious book fairs in the world, namely in Frankfurt, Sofia, Moscow, Gothenburg, Leipzig, Paris, Bologna, Tirana, Belgrade and Istanbul