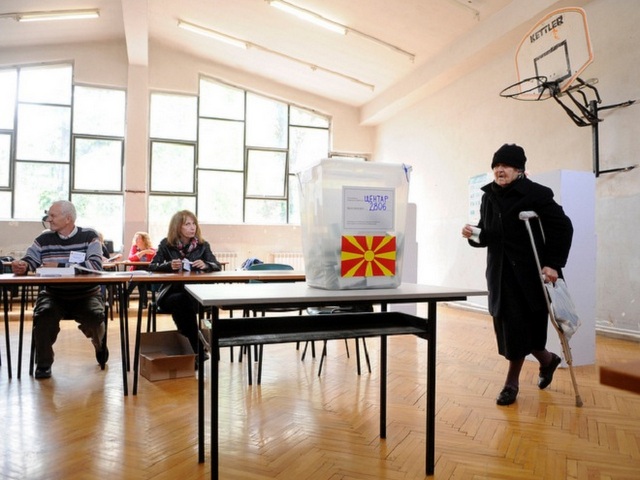 The international OSCE/ODIHR mission as well as the two main local monitoring organizations seeking to follow the elections have announced a significant boost in the number of observers for the vote which will put Macedonia’s troubled democracy to the test.

The OSCE said in a new report said that closer monitoring was needed because the situation in the run-up to the polls was “tense and fragile, largely due to long-standing conflicts between governing and opposition parties and declining trust in state institutions”.

The MOST association, which provided most of the local monitors for Macedonia's previous elections, said it plans to deploy “at least 3,000 and possibly more” observers, a hefty increase from the 2,240 it deployed during the simultaneous general and presidential elections in 2013.

MOST said that because of the importance of the elections it has decided to deploy mostly stationary monitors across the country's 3,480 polling stations who will be able to follow the process for the entire day.

CIVIL - Centre for Freedom, another local NGO that usually provides election monitors, says it plans to dispatch many more than the 116 it had in 2013, although exact numbers will depend on finances.

“We are hoping for a much greater number this time, for which we already started the recruitment process. However, it will all depend on the donor community, which I hope will recognize the importance of these elections,” CIVIL’s head, Xhabir Deralla, told BIRN.

Apart from domestic election monitors, the OSCE/ODIHR has also said it is boosting its election monitoring mission this time around, mentioning the possibility, for the first time, of monitoring the vote count as well, to address fears of foul play.

In its new ‘Needs Assessment Mission Report’ for the April elections, the OSCE envisages engaging 24 long term observers and an additional 300 on the day of the polls.

This is a significant increase from just over 200 observers that the OSCE engaged in 2013.

The report said that the tense political environment in Macedonia could “negatively impact the conduct of elections”.

“The upcoming elections are also widely viewed by interlocutors as an important test for the country in light of its aspirations towards EU and NATO membership,” it said.

The April elections were agreed this summer as part of the EU-brokered crisis agreement between the government of embattled Prime Minister Nikola Gruevski and the opposition.

The crisis in Macedonia revolves around opposition claims that covertly recorded tapes, which it has been releasing since February, show Gruevski was behind the illegal surveillance of some 20,000 people, including ministers. They insist that the tapes contain incriminating evidence against many high-ranking officials.

Gruevski, who has held power since 2006, insists the tapes were “fabricated” by unnamed foreign intelligence services and given to the opposition to destabilise the country.

The opposition believes that for several elections in a row, Gruevski’s party has used fake voters to tip results in its favour, although his government denies this.

But the tapes containing illegally wiretapped conversations released by the opposition since the start of this year have appeared to give weight to these allegations, suggesting that Gruevski’s allies have used a wide range of dirty tricks during elections.