The planned activities for the project “Football for Friendship” are implementing 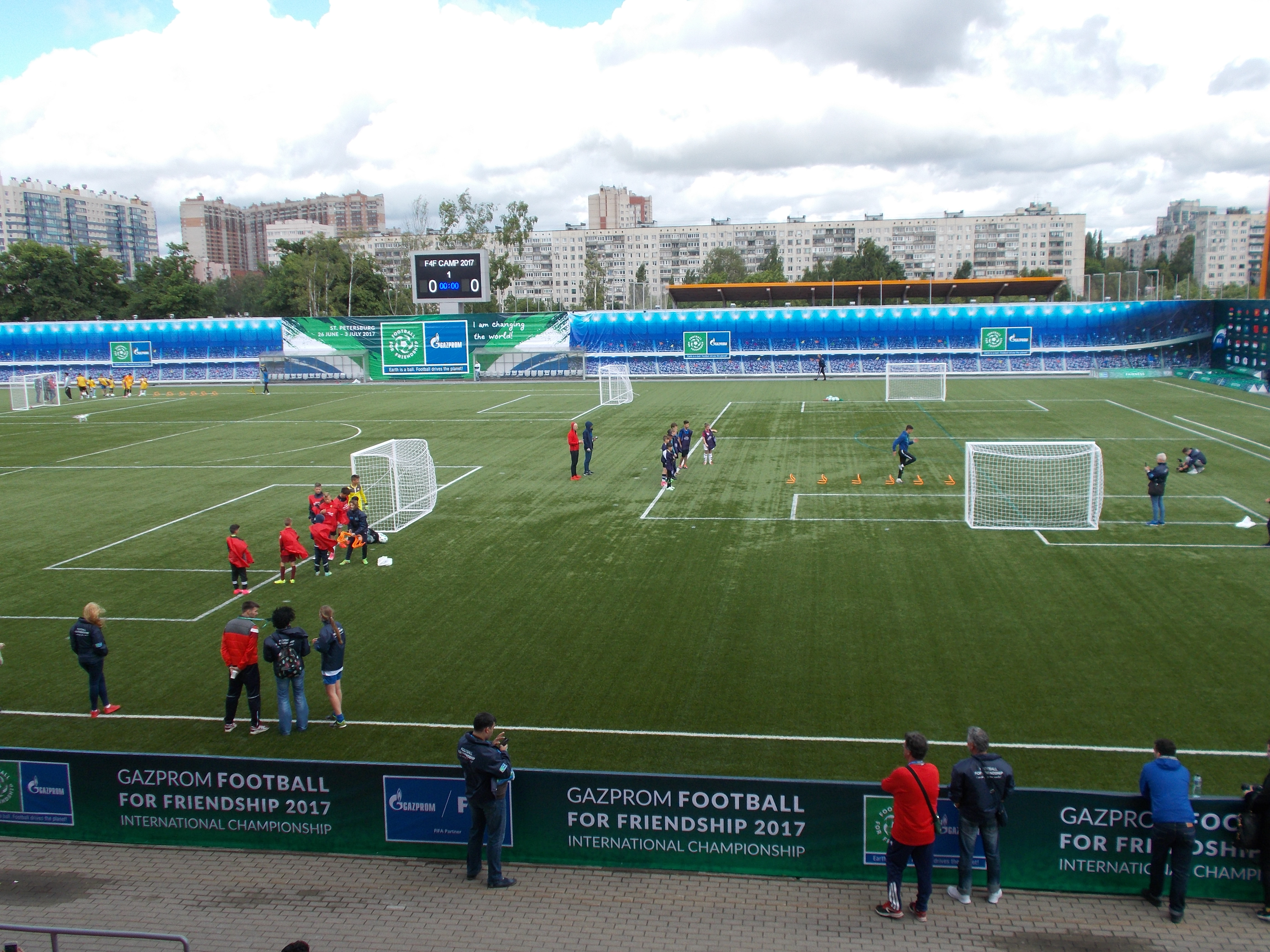 The planned activities for the project “Football for Friendship” are implementing

After the Macedonian Delegation arrival in St. Petersburg, they finally had a chance to get to know each other personally with the other participants from all over the world.

During the first three days of the project “Football for Friendship”, the young athletes were going through training camps. In this sport camp of friendship besides the team play and the choice of the successful tactics, the children are taking part in star master classes under the patronage of well-known football players.

The young football players are united into eight International Friendship Teams. In these three days of training these young football players, including Stefan Talevski from Macedonia were practicing their football skills on the field along with their coaches. They also had a training master-class with Dmiti Sennikoj, one of the best defenders in the Russian National Football Team. Dmitri has shared and taught every young player some important strokes. Each captain of the eight F4F teams had a chance to stroke a ball while Dmitri had been a goalkeeper.

In addition, the young journalists, including Simona Kostadinovska from Macedonia were improving their communication skills. Together with an adult media representatives, the young journalist worked on a daily newspaper. Also they are reporting directly from St. Petersburg on TV and radio channels, creating content for the site and social networks and preparing materials for leading sports media of the world.