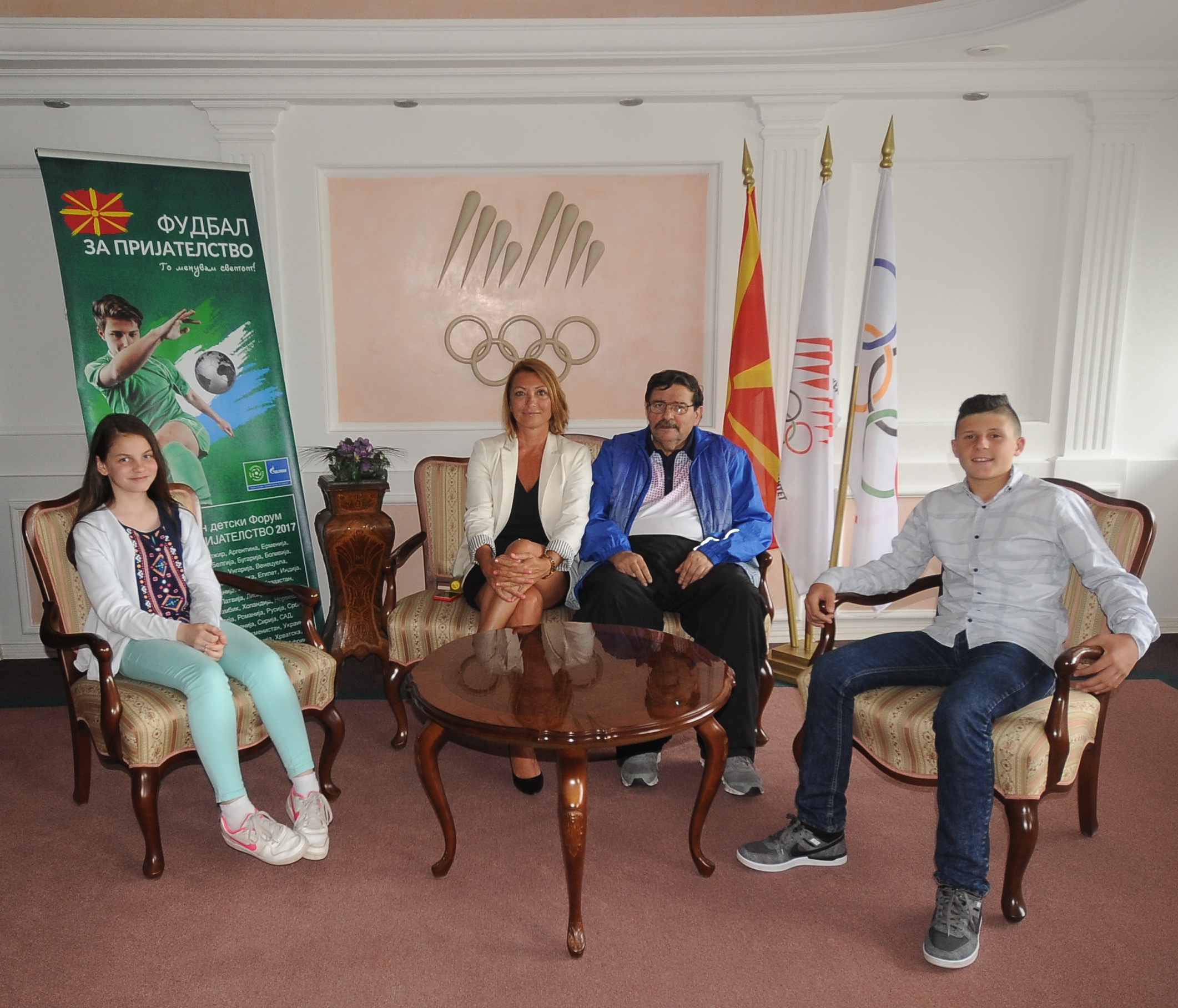 Organized by APRA Porter Novelli Makedonija, Macedonian Delegation and participants of the project “Football for Friendship”, had a meeting with the President of the Macedonian Olympic Committee, Dr. Vasil Tupurkovski and the Sport Director of the Macedonian Olympic Committee, Mr. Vladimir Bogoevski. On this meeting the Macedonian participants presented the project and its purposes and they discussed about project’s key values – friendship, peace and equality as well as fostering them between the citizens of Macedonia. The Young Ambassadors gave to the attendees blue-green Friendship Bracelets – official symbol for the project and its key values.

“As a President of the Macedonian Olympic Committee and a protagonist in the sport happenings for over a several decades, with great pleasure I give my personal support to the project “Football for Friendship”. From what we discussed with the Macedonian Participants, I can conclude that such an approach will certainly contribute to the development of sport culture and to the sports spirit. In addition, within the time we live in, such a high morals processes are necessary for maintaining and development of the interpersonal tolerance. For that purpose, we are encouraging Stefan and Simona to continue to communicate intensively with all the acquired friends after the project – because today communications maintenance is easy and simple. I’ using this opportunity to wish the Macedonian Delegation pleasant and successful journey in the spirit of sport.” – announced Vasil Tupurkovski, President of the Macedonian Olympic Committee.