The new mines concessionaire Minstroy restarted the mine “Zletovo” in Probistip on 28.08.2016 - the Day of the Miners 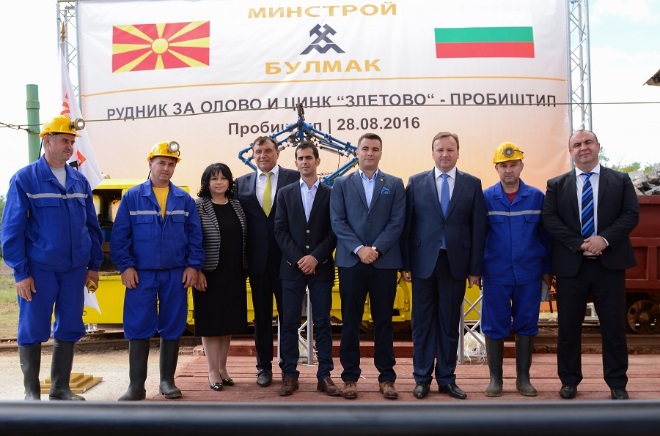 The new mines concessionaire Minstroy restarted the mine “Zletovo” in Probistip on 28.08.2016 - the Day of the Miners

The official ceremony for symbolically marking the beginning of work of the mine “Zletovo” in Probistip, organized by APRA Porter Novelli Macedonia, took place on 28.08.2016 (Sunday), at the mines plateau for unloading ore.

The mine for lead and zinc “Zletovo” – Probistip was restarted on 28.08.2016. After two months of preparation, the Bulgarian company “Minstroy”, concessionaire of the mine, received the permission for work and unloaded the first quantity of ore.

Speaking at the ceremony, Prime Minister Mr. Dimitriev said that he expected the new concessioner to provide modern technology, safe work conditions for the miners and better salaries. “It’s irrelevant how much ore will be extracted, it is important every miner to leave the mine safe and sound” – noted Mr. Dimmitriev.

Handing over the work permit to Bulgarian Minstroy, Minister of Economy Mr. Driton Kuci said that the mining, “a driving force in Macedonia’s economy”, participates with 1.5% in the GDP and employs 13.000 people, with over 150 mines active throughout the country.

Furthermore, Mr. Kuci, Minister of Economy, marking the Miners’ Day presented certificates to 15 of the best miners in Macedonia. According to him, the goal is to honor the miners for their professionalism and responsibility and to motivate others to deliver top results.

The beginning of the Zletovo lead and zinc mine could be traced back to the 2nd century AD. A British company had won concession of the mine in 1928. During World War II the mine was exploited by the German army. Production at the mine had reached its peak in 1977 when it employed 2,600 people. The highest volume of production was recorded in 1989 – 500,000 tons of lead and zinc ore. The Zletovo mine was shut down in the 1990s during the transition period. 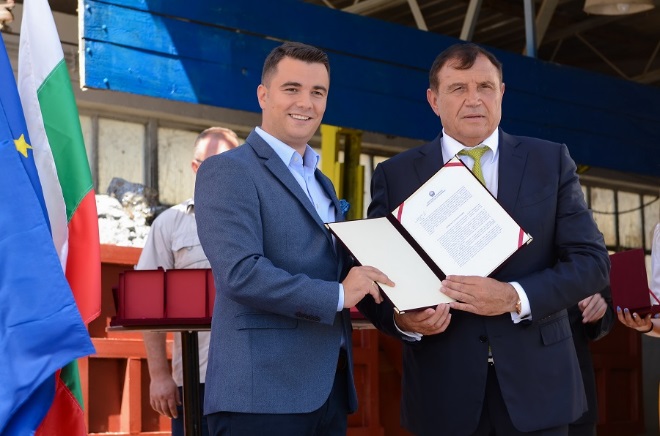