Macedonian Participants of the project “Football for Friendship” from 26. June until 03. July, 2017 will represent Macedonia in St. Petersburg, Russia 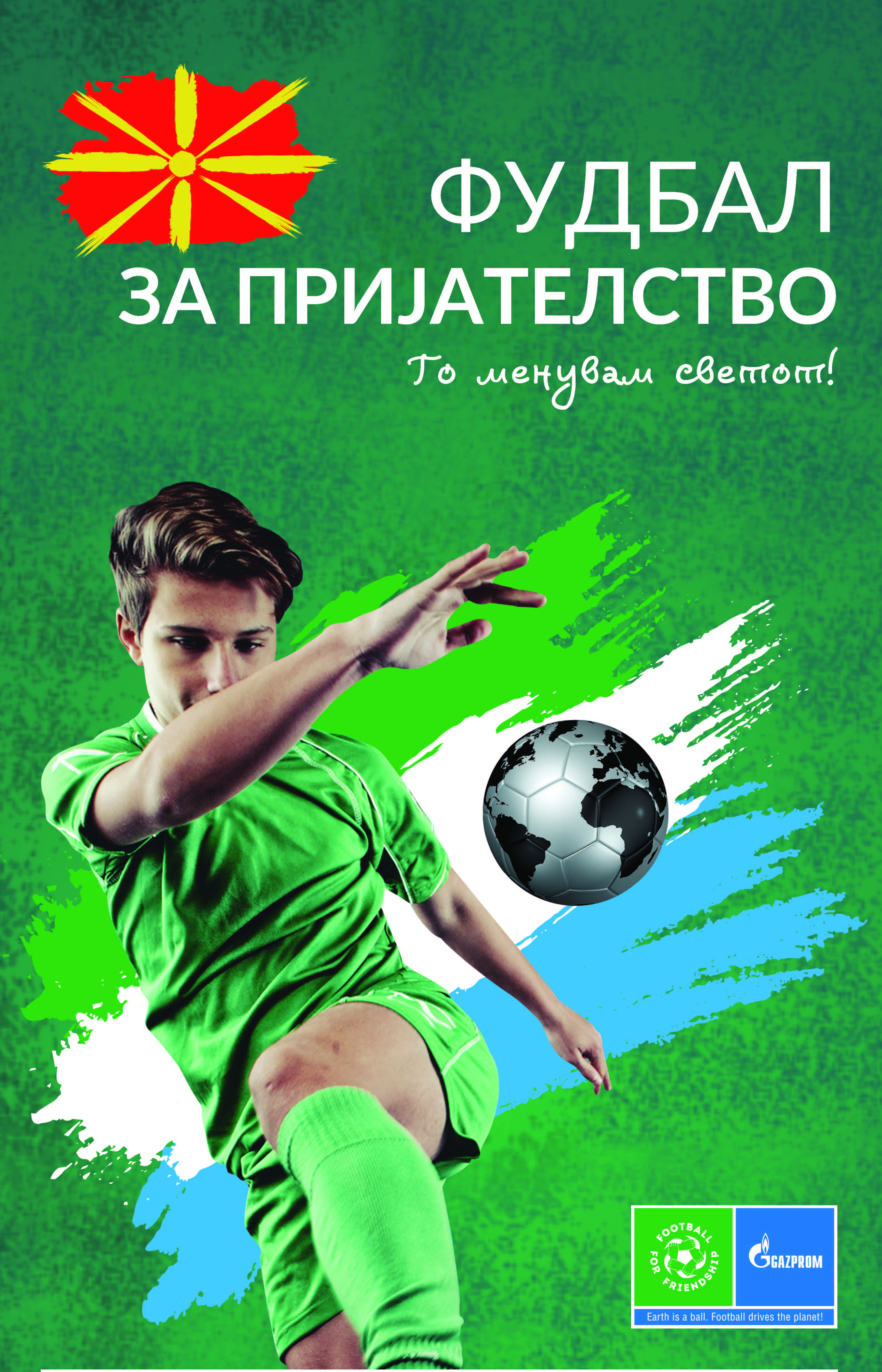 Macedonian Participants of the project “Football for Friendship” from 26. June until 03. July, 2017 will represent Macedonia in St. Petersburg, Russia

Gazprom’s project “Football for Friendship” has officially started. From, 26. June, 2017, till 03. July, 2017 in St. Petersburg, Russia organized by APRA Porter Novelli Makedonija, Macedonian Delegation will participate in the F4F program.

All participants are going to meet each other during the “Football for Friendship” events where the main idea is to spread the message of peaceful coexistence of people despite the differences in their cultures, traditions, nationalities, sexes and physical abilities.

The Young Ambassadors of the project Stefan Talevski, a young football player and Simona Kostadinova, a young journalist, will have the opportunity to acquire friends from 64 countries around the world during Gazprom’s “Football for Friendship” program. In addition, they will have the chance to meet popular football stars, international journalists, politics and famous artists worldwide and all together to implement the key values of the project such as friendship, peace, equality, devotion, victory, traditions, honor health and fairness.

“I’m very excited for being a part from the international program of the project “Football for Friendship”, as the first young journalist from Macedonia. I hope that during our stay in St. Petersburg, from 26. June, 2017, till 03. July, 2017 I’ll make a tons of new friendships that will last forever. By spreading the friendship and respecting the project’s key values I believe that we are capable to make positive changes for greater acceptance of people, their friendship, coexistence and peace, despite the differences that exist between us all.” – shared the impressions and expectations Simona Kostadinova, Young Journalist – participant in the project from Macedonia.