FOOTBALL FOR FRIENDSHIP - The Young Ambassadors, Stefan Talevski and Simona Kostadinova on a meeting with the handball players from HC “Vardar” 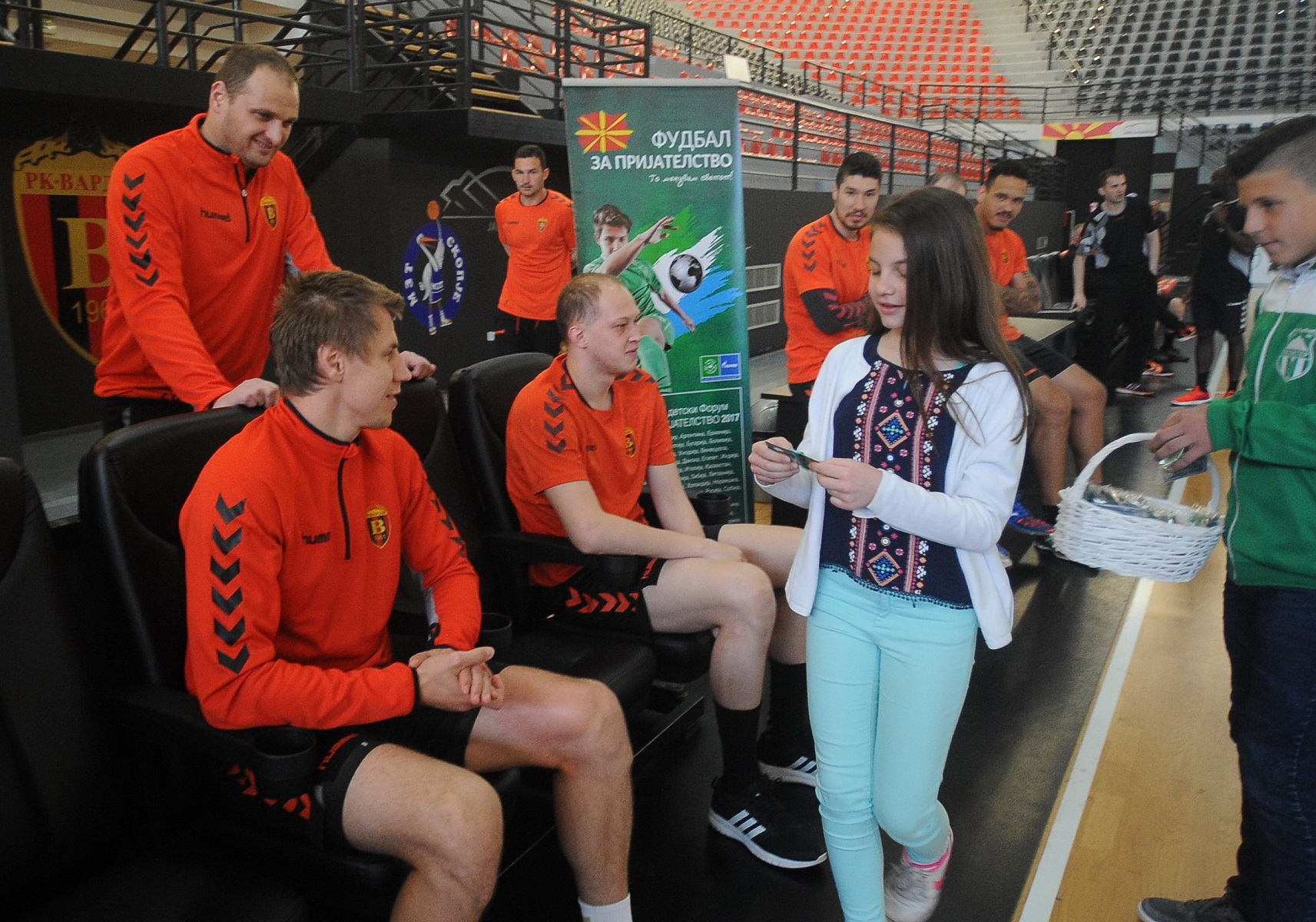 FOOTBALL FOR FRIENDSHIP - The Young Ambassadors, Stefan Talevski and Simona Kostadinova on a meeting with the handball players from HC “Vardar”

On 25th May, 2017, as a part of “Gazprom” project “Football for Friendship”, APRA Porter Novelli Macedonia organized a meeting between the Macedonian Delegation and the handball players from the Handball Club “Vardar”, on their official training. During their visit, the Young Ambassadors: Stefan Talevski, junior football player from FC “Pelister” and Simona Kostadinova, young journalist presented the project and its key values: friendship, equality, fairness, health, peace, devotion, victory, traditions and honor to the well-known HC “Vardar” team. As a reminder of those values and the project’s mission – to spread positive vibes and friendship, Stefan and Simona gave each handball player a Friendship Bracelet.

HC “Vardar” from Skopje, founded in 1961 is the most successful Macedonian Handball Club, with more than 10 champion titles within the domestic Championship and 11 in the Cup, as well. On the international level, HC Vardar is the winner of the first tournament of Regional SEHA League and winner of the SEHA Gazprom League this, 2017 year.